Winter is only one of the seasons we experience here on the mountain, but there is no denying that it is a special one. Whether you have never seen snow or are a highly competitive ski racer, Aiglon's winter ski programme offers something for everyone.

During the winter months, Aiglon responds appropriately to the blanket of snow that descends upon our mountain village --we take to the local slopes! With lift access just a five-minute walk from campus, we are uniquely prepared to transform the school's robust physical education programme into a comprehensive winter ski programme that can provide for the youngest to the oldest and from the most experienced racers to the complete beginners.

All of our students are instructed by local, professionally trained ski school instructors. Each season students are divided into ski groups based on their year and experience level. This allows for dedicated, focused teaching during the twice-per-week sessions on the slopes. The ski groups are overseen by Aiglon staff who are also always present on the mountain.

In addition to the standard PE programme, students are also able to pursue additional ski opportunities through free skiing on the weekend, the expedition programme and racing opportunities. Every student leaves Aiglon a proficient, competent and well-rounded skier. More than just a physical activity, our winter ski programme is another opportunity to develop well-rounded students through the uniqueness of our local environment.

In addition to ski lessons, students are provided with the opportunity to also participate in one of the following winter programmes:

Available to students in Year 10 and above who are already able to snowboard to a capable standard.

Snowboarding is also offered to all ability levels on Saturdays, where students can sign up for a morning session, an afternoon session or both.

Freestyle skiing allows students to develop their technique on and off-piste as well as tricks, skills, jumps and rotations. There may also be the chance to represent Aiglon in freestyle or freeride competitions.

Year 10, 11, 12 & 13 students who are already of a high standard of skiing are offered the chance to choose this option as part of the PE Programme.

Freestyle skiing sessions are also available to all students on Saturday mornings and afternoons in addition to the weekly PE ski programme.

Available to students in Years 11-13 above the age of 16, the BASI Ski Level 1 Instructor is an entry level qualification into the world of ski instruction.

Following successful completion of training and assessment, students are issued the internationally recognised BASI Level 1 certification, qualifying them to work in ski schools world-wide as a qualified instructor.

This is an optional course with extra costs incurred.

In addition to the standard ski programme Aiglon offers the opportunity to be part of the Aiglon Ski Race Squad, or even the more elite Alpine Development Squad. Aiglon both competes in and hosts numerous races each season. Ski racing is an exciting, dynamic sport to which Aiglon has unparalleled access through our local resort. Even beginner skiers can quickly work their way up and enjoy the opportunity to represent Aiglon competitively on the slopes. Details about our varied programmes are below:

Each year approximately 60-65 students are part of the Aiglon Race Squad. Ski racing provides the opportunity to compete for Aiglon around Switzerland and Europe at a variety of races.

The breadth of the racing programme caters to many levels - from first-time racers to experienced competitors. We encourage all ages, even our Junior School students, to participate in the race squad.

Members of the Aiglon Race Squad typically train about three times per week, both as part of their normal weekly session alongside an extra session. The squad also has pre-season training opportunities at high-elevation resorts in Switzerland.

The Alpine Development Squad (ADS) is an elite, year-round training and race team for those who see ski racing as their main sporting focus all year. The ADS continues to develop the ski racing provision at Aiglon in addition to the standard racing team.

The ADS is typically a group of only 8-10 racers in Years 9 to 13 (we also have developed special provisions for elite racers in our Junior School). Racers are selected and accepted by invitation of a special committee. Conditions of entry include having a positive attitude in all areas of school life, to be in good academic and social standing as well as have an excellent and proven ski racing track record. For a development squad of up to 10 racers, two race coaches are appointed to oversee the year round programme.

The ADS programme runs throughout the year. There are approximately 20-25 days of pre-season training on snow during the autumn term. Throughout the winter term, ADS members train a minimum of three to four times per week with their normal race groups with extra sessions included as necessary. The ADS also trains most weekends and during the standard Winter Long Expedition.

Aiglon competes in British calendar events, Swiss International Schools races as well as Swiss club races. Those students in possession of an International start licence (FIS), will also compete in a programme of FIS races. Students are expected to commit to at least 5 competition days representing Aiglon.

There is an additional cost to be a member of the Alpine Development Squad.

"Learning to ski was hard. In the past, I'd have given up immediately, but I now know what can be achieved if you really try. Now in everything I do, I just remember that hard work and perseverance put you in a great position to succeed." 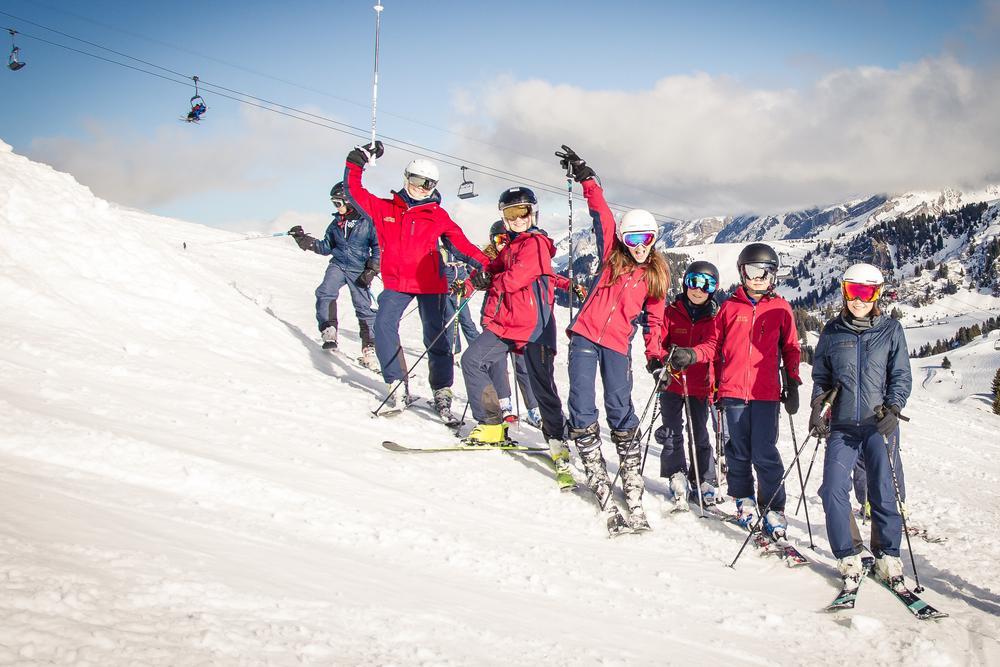 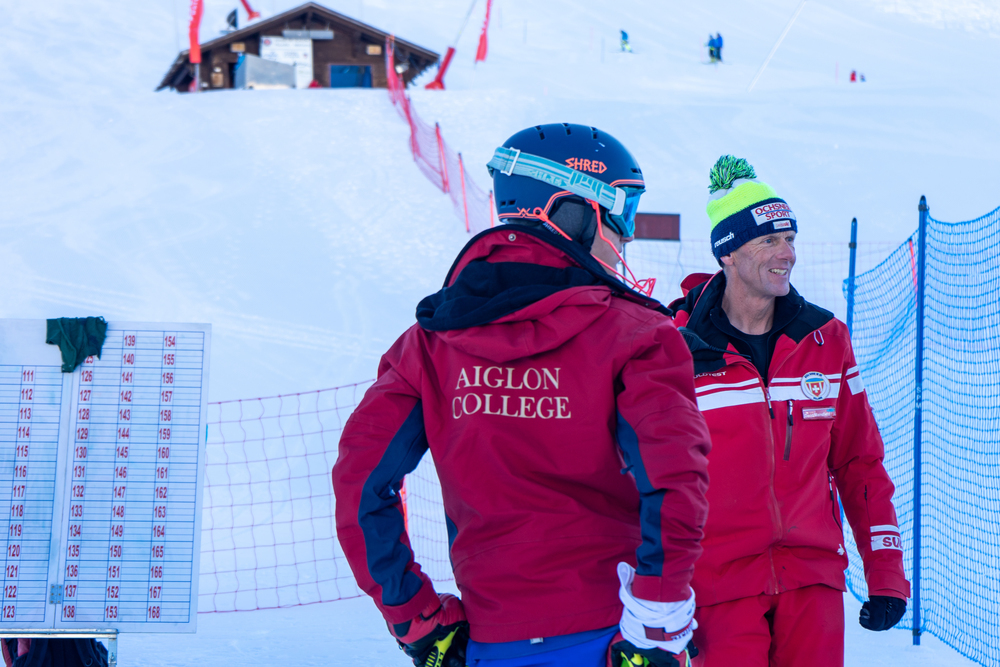 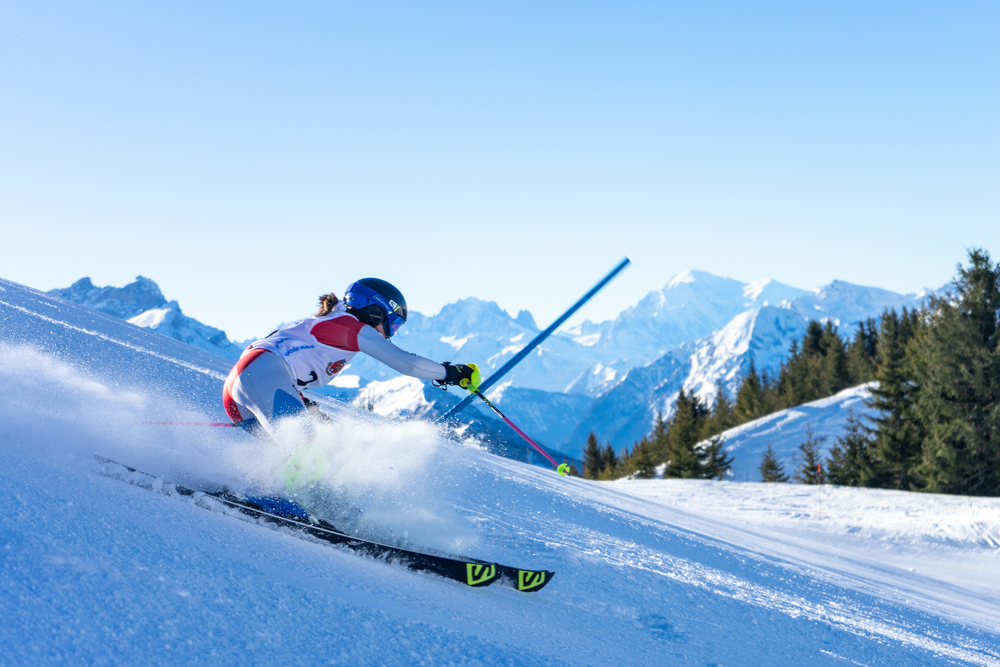 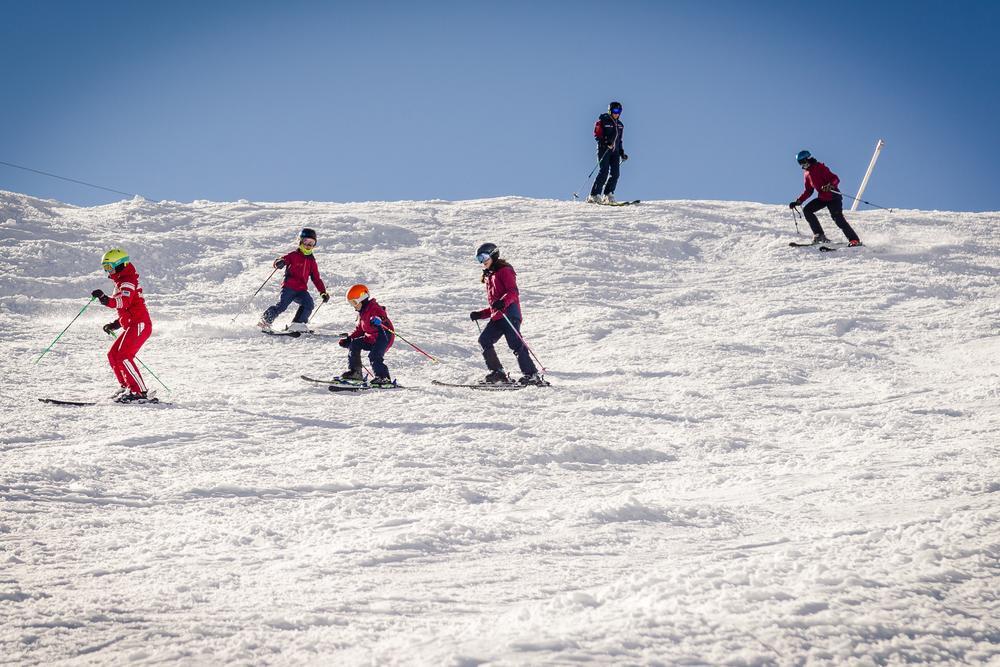