The road to the Olympics is a tough one, one that involves a lot of hard work and is filled with obstacles at every corner.

Two years ago Aiglon alumnus, Alexander Glavatsky-Yeadon (Alpina, 2013), who attended Aiglon for a year (2009-2010), decided he would dedicate himself to qualifying for the 2018 Olympics representing Team GB. Preparing for the games involves mental and physical training almost every day which can come at a price.

Alexander suffered an ACL injury, a major setback and potentially a career ending injury however, he did not let this discourage him and he continue to work hard eventually qualifying for the Olympics. During this whole process he was a full time student studying Graphic Design at the Savannah College of Art and Design, whilst working on his company, Saint Valais. The concept behind Saint Valais is to create clothing for the mountain and the city which was greatly inspired by his time at Aiglon, connecting his passions of skiing and fashion together.

The Olympics themselves were also not so smooth suffering a fall on his first run fracturing his collarbone. Showing true resilience, he continued with his second run, but further injured his collarbone.

"Even though things didn’t go as planned, I believe that I can take a lot from this experience and it will help me grow as an athlete and as a person.” Now that the winter Olympics are complete, Alexander will allow his body to heal and is focusing on filming a video and finishing Uni.

In the future Alexander plans to continue working hard with the Saint Valais team to introduce new and innovative products whilst competing on the World Cup ski circuit, until its time to bring home a medal at the Beijing Olympics in 2022! 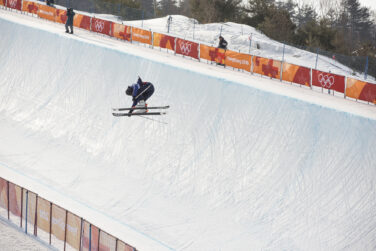 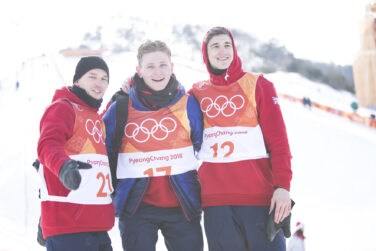