Generation Brainwashed made an outstandingly musical and crowd-pleasing debut at the annual Aiglon Rocks on Friday, 26th April. Following this breakout performance, they were entered into Battle of The Bands. This was the first time that Aiglon had competed in this annual event which was held at The International School of Lausanne on Friday, 21st June.

Featuring bands from schools right along the shores of Lake Geneva, they performed four songs as part of the competition:

Following two play-off elimination rounds, the band found themselves performing in the final of the competition, alongside senior bands from Gems Academy and The International School of Lausanne. Standards were high, and it was great to see and hear all the young musicians performing with style, ability, confidence and a real love of the performance occasion. After a nail-biting wait and jury deliberation, Generation Brainwashed were awarded first prize...they won!! A very deserved and fairly unanimous decision.

This was an outstanding achievement and a real tribute to the enthusiasm, hours of hard work, commitment, energy and talent of this group of five musicians. The judges commented on their togetherness, energy and levels of musicianship.
Drummer Anika Gupta was awarded the Best Drummer of the Night award, and very deservedly so. At the end of the evening Generation Brainwashed were called onto the stage to perform one more time as The Battle of the Bands winners. They brought the house down with their final performance of Avril Lavigne’s “Bad Reputation.”

As part of their win, the band were awarded a solo performance slot the following day at The Lausanne Music Festival. A large professional stage awaited them where at 5.30 pm they once again performed their set to a very appreciative Lausanne audience.

Well done Generation Brainwashed on your fantastic achievement! Next year is already beckoning………. 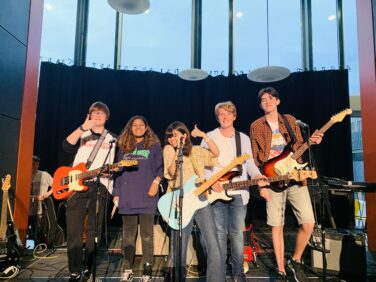 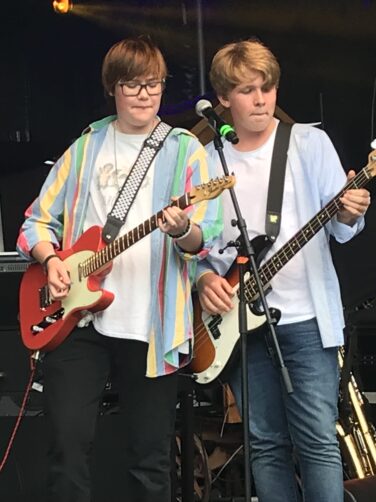 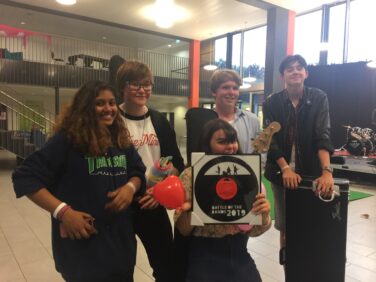