These past weeks, I have yet again been overwhelmed by the level of talent that emerges from such a small number of staff and students here at Aiglon.

In the field of sport there have been numerous students representing Aiglon and achieving impressive victories - in the past weeks Aiglon experienced considerable success in a variety of sports tournaments. In academics I have had the pleasure to read some thought provoking and very well crafted Year 13 Extended Essays and also was impressed to witness Aiglon students' well researched and articulated comments at the recent Model United Nations conference we hosted here on campus. Moreover, in assembly every Tuesday, we hear reports and watch videos admiring students as they both physically and metaphorically climb to new heights.

However, while as a community we are undoubtedly blessed with some amazing talent, I would argue most strongly that outstanding successes are not always built on inherent innate abilities. Rather, we can achieve amazing feats with a growth mindset, a positive attitude and a dedication to work hard. As Aristotle commented: “We are what we repeatedly do. Excellence, then, is not an act but a habit.”

In the same way that talent can be squandered, there are also multiple situations when the underdogs unexpectedly achieve often due to hard work and the adoption of positive behaviours; I am fortunate enough to frequently see this in Aiglonians. The positive behaviours that can (and indeed at Aiglon DO) make a difference to result in astonishing successes do not come without effort, but they can come without an innate talent. For example:

This work ethic was very evident in the Class of 2019, who achieved our highest IB results to date (35.8). An impressive 20% of our graduating class achieved scores of 40 and above and two students achieved a perfect 45. Their commitment to achieve was admirable and they set the bar high for generations to come. Their achievements has helped Aiglon be recognized as one of the Top 50 IB schools globally as ranked by IB-Schools.com.

2. Devoting energy to a goal or task.

To be a part of Aiglon's Ski Development Squad, both physical and mental energy are paramount. These astounding young Aiglonians are examples to us all in terms of the levels of energy they devote to achieving their goals. They and our other top skiers are often found on the mountain but also training in the gym as well as devoting energy to additional hours of independent academic study to ensure they can excel in the classroom as well as the ski slopes.

3. Being on time and being prepared.

Punctuality is not only a part of being well-mannered, it is a developed habit that requires organization and planning ahead—both of which lead to greater success. There is great truth in the saying: failing to prepare is preparing to fail. At Aiglon both being punctual and being prepared are habits we hope to instill in students - they need to be on time and well prepared for lessons, roll calls, activities, expeditions, and sports fixtures.

4. Having a positive attitude.

A can-do approach to life, can, and often does, maximize talent. In recent weeks, I have seen elements of self belief, coupled with a positive attitude enable students to make great contributions to a Model United Nations delegation team, to summit a peak on an expedition and to win football tournaments against all odds.

5. Being coachable and learning from our mistakes.

This involves being a better listener, learning from feedback and being willing to reflect on times when success has not been fully achieved. Students need to think about this both in and out of the classroom. Being coachable and learning from mistakes is also relevant in successful relationships and of great importance in the ways in which students live with one-another in their boarding houses.

In his book Outliers: The Story of Success, Malcom Gladwell introduces his 10,000-Hour Rule, which states that the key to success in any field, is simply a matter of practicing a specific task that can be accomplished with 20 hours of work a week for 10 years. This is course related to may of the factors considered above (particularly work ethic, learning from mistakes, and devoting energy to a task).

However, to devote 10,000 hours to a goal does involve being passionate about what one is trying to achieve. Passion is something we have in abundance here at Aiglon. On any given day, this passion is to be heard in the Music Department, seen both and and out of the visual arts classrooms, felt in the atmosphere of the Aiglon productions and hopefully sensed around the campus in the way in which Aiglon students live their lives.

At Aiglon, part of the educational programme is associated with students understanding that talent is rarely enough and that to really achieve success, be it academic, sporting or indeed in any other field, certain habits need to be fostered and a level of dedication needs to be evident.

Nicola is Aiglon’s Head of School and is responsible for the daily functioning of the school and oversees all educational aspects of school life - academic, pastoral and co-curricular. She joined the Aiglon community in 2012; her career in teaching and international education spans three continents featuring a wide range of both classroom and administrative experience. Nicola lives on campus with her family. Read more from her blog. 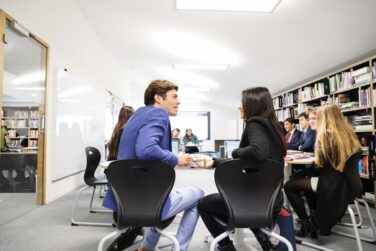 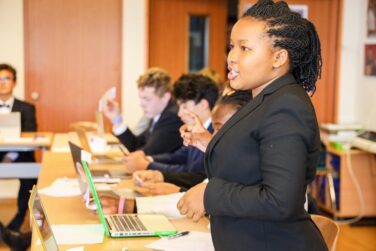 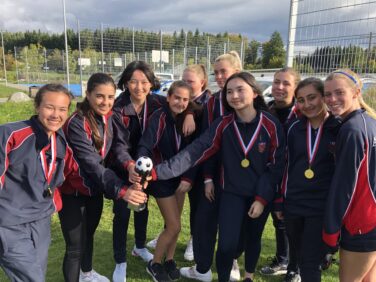 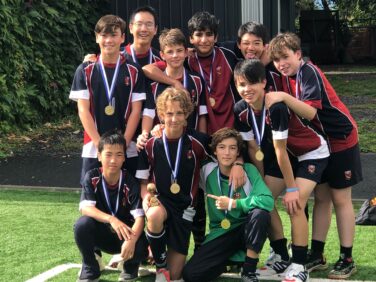