A change in the weather this weekend led to a full and fantastic weekend of expeditions.

In the junior school the year 5 and 6 students joined with the Art department to create some fantastic "land art" in the Solalex valley. It was a first experience for many, sleeping as a group altogether and in a goat shed (no goats!).

For the year 7, it was a weekend mountain exploration climbing to the summit of the Petite Chamossaire with those seeking a greater challenge climbing the narrow ridge to the Grand Chamossaire before descending to their mountain refuge for the night.

The year 7 might have met the new year 10 students who were traversing the Chamossaire mountains in the opposite direction, but with the added challenge of carrying all their equipment for the night. They descended to enjoy an evening camping and a first experience of cooking over a small camping stove near the Col de Croix.

Four groups of students chose this weekend to go on independent expedition and made the most of the weather traversing across from Bretaye to Taveyanne where they camped before walking out vi Les Chaux on Sunday morning.

Further afield, the year 13 geography class took their classroom outside with 20 students visiting the Moiry Glacier. They were able to experience glaciation in action climbing moraine ridges, negotiating crevasses, observing serac collapses and even the opportunity to get inside a crevasse. The whole team crossed the lower Moiry Glacier to reach the Moiry hut at 2825m.

The following day the team split with one team climbing into the zone of accumulation on the wet glacier while a strong team of nine climbed the NW arete to reach the summit of the Pigne de La Le at 3396m, and continued on to make a traverse of the mountain.

A fine performance by all.

Mrs Thomas is Aiglon's Head of Expeditions. She is one of just six British female international mountain guides. Before joining Aiglon she spent 18 years working at the National Mountain Centre, Plas y Brenin, in Wales becoming its first female Chief Instructor. Today, she enjoys the intricacy of rock climbing and training her students in this passion. 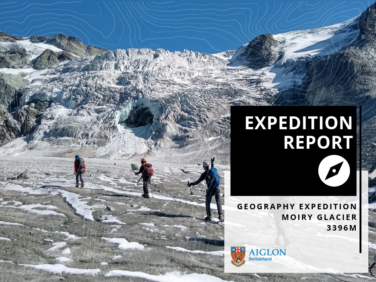 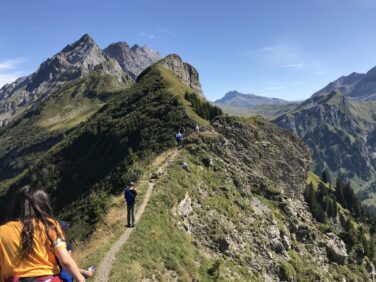 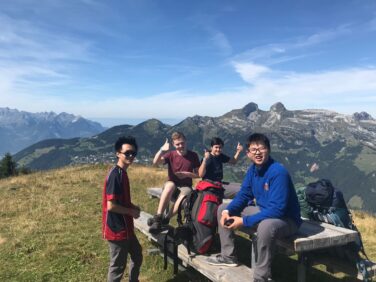