On Thursday 13th June, at 8.00 pm, the JCB and Oudang Room reverberated with the sounds of The Junior School Music Competition.

This was a true celebration of music making across the Junior School and provided an audience of students, staff and members of the extended Aiglon community, with ninety minutes of exceptional commitment and outstanding performances from students of the Aiglon Junior School.

EVERY SINGLE STUDENT IN THE JUNIOR SCHOOL WAS INVOLVED, from class performances, to solo performances, from first timers to more seasoned veterans! It was a joyous occasion, with confident smiling and happy performers sharing, enjoying and just loving making music together. Music was clearly the winner of this competition!

The Competition was adjudicated by Mr Andrew Bell, a former Director of Music at Aiglon and a former Deputy House Parent of La Baita. He had the unenviable task of listening to twenty five performances during the course of the evening and awarding some prizes. Indeed, he commented that prizes could indeed have been awarded to many of the evening's participants. However, at the end of the evening, the following prizes were awarded to some very delighted recipients:

A fabulous time was had by all and the Music Department wishes to take this opportunity to thank all of those involved, who helped make this such a memorable evening.

Mr Nigel Gaston is Aiglon's Head of Music. Mr Gaston is an accomplished musician who studied at Edinburgh University and the Royal College of Music. He has a vibrant passion for the subject that is clear both in his classroom teaching and other involvements such as musicals, special music in assembly and a variety of regular concerts and musical performances in collaboration with the department and students. He also served as longtime house parent of Le Cerf. 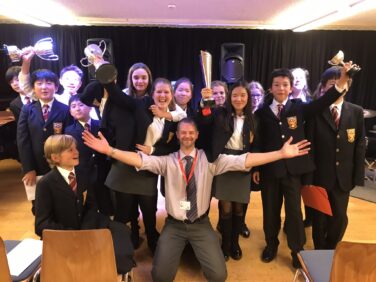 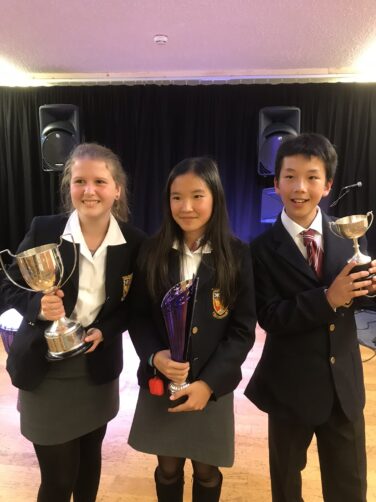