During the final week of the summer term, Mr Turner (Head of Science), and five students attended the Starmus Conference in Zurich.

This incredible event brought together fifteen Nobel Laureates, a wide selection of astronauts and cosmonauts (including 6 men who flew to the moon in the Apollo missions), as well as numerous celebrities, artists and musicians.

The opening ceremony included the award of prizes for scientific communication to Elon Musk (CEO of SpaceX) and Brian Eno (musician), an hour-long concert by Hans Zimmer accompanied by videos showing scientific data arranged by Nobel prizewinning physicist Kip Thorne, and a music performance by Brian May (of rock band Queen) in tribute to Stephen Hawking.

The week-long conference focused on the history, present and future, of human space exploration. Highlights included a talk by Buzz Aldrin (Apollo 11 moonwalker) about future moon missions, Chris Hadfield discussing his mission to the International Space Station, and Russian cosmonaut Gennady Padalka who spent 879 days in space. The students also enjoyed talks by leading scientists and attended the premier of the CNN Apollo 11 documentary, in the presence of multiple Apollo astronauts. We also had a chance to send our voices out into space, modulated on a radio wave, and hear it bounce back off the moon's surface a few seconds later. Amazing!

Some highlights included posing with a Moon Buggy, Alan Steam (Principal Investigator on the New Horizons mission to Pluto and beyond), Cosmonaut Gennady Padalka (who spent 879 days in Space!) and rock legend Steve Vai.

Aiglon was the only school in the world to attend this brilliant conference, which provided a uniquely inspiring experience to our students. We hope to attend Starmus again in future! 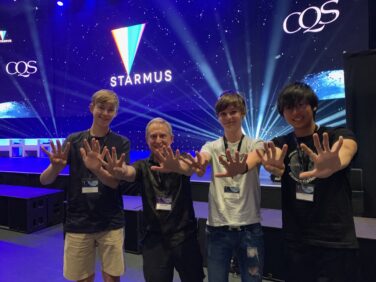 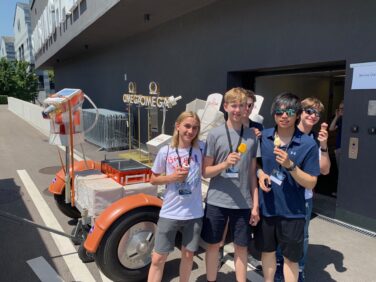 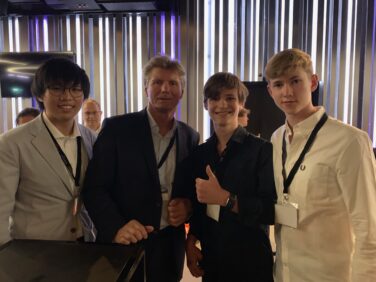 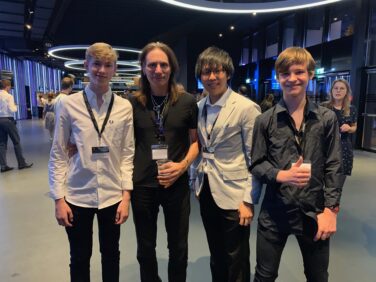