Service is central to the Aiglon experience. It can also be life changing. You told us why.

Originally published July 2020 in Issue 14 of the Aiglon Magazine.

That small things can have a big impact is something many Aiglonians learn through service. But when Wael al Kaydi (Delaware, Year 13) signed up for the trip to Cambodia, he had no idea that chickens would play such a big part in shaping his future.

Wael joined Aiglon five years ago and went on his first service trip, to Rwanda, in Year 11. Since then, he’s been to Kenya, Chile and twice to Cambodia – “because I liked it so much”. Run by Camps International, the Beng Mealea camp lies on the edge of Teuk Lich, a small village 75km from the Cambodian city of Siem Reap. Accommodation is a world away from Aiglon – traditional longhouses without walls or doors and few facilities beyond cold water showers and compost toilets.

During the day, students do a mix of manual work and helping local school children improve their English pronunciation. And after work comes football. “I loved playing football with the local kids. It brought us closer. It’s a great feeling to play together at the end of the day – even though you’re tired,” Wael says. “The pitch was terrible – one of the worst I’ve played on – but it didn’t matter because we still had fun when we played.”

But when Wael thinks back to service in Cambodia, it is chickens that come to mind. He and his fellow students were tasked with constructing a chicken coop for a local family. They cleared the ground and dug deep holes for sturdy fence posts before building an elaborate hen house. “It had a raised wooden floor with stairs for the chickens to go up, plus a thatched roof to keep them dry,” Wael recalls. “The family showed us how to make the roof in the Cambodian way, packing the leaves together so it kept out the water. And, when we left, money we donated paid for some chickens.”

The experience would prove key to his future. Returning to Aiglon, Wael struggled to decide on life after school. “I was lost. I thought about studying business – which is what everyone does when they don’t know what to do – and then a degree in global health jumped out at me,” he explains. “Cambodia is the reason that I now know what I want to study. If I hadn’t gone there and seen how other people live, I’d never have found what I wanted to do.”

Developing service trips where students can make meaningful contributions as well as having life-changing experiences is something Mr James Pigott, Assistant Head (Curriculum), has worked hard to achieve. “Elsewhere, service projects often involve going to places to ‘help’, whether or not that help is really wanted. Then, the only person who benefits is the person going on the trip,” he says. “What makes Aiglon service projects different is that we try our best to ensure that we’re working with local communities in areas where we have contacts. That brings mutual benefit to local communities as well as our students. We would never use a community for own benefit – that’s just colonialism.”

A DIFFERENT SIDE OF LIFE

Cambodia is a great example of a service trip deeply rooted in local experience. Now in its fourth year, it grew out of a previous service trip to a refugee camp on the border between Thailand and Myanmar. From the mid-1980s, thousands of mainly Karen refugees lived in camps along the border. In 2006, Claudia and Paul Turner – both British doctors as well as husband and wife – set up a clinic in one of the camps.

“Paul’s brother, Mr John Turner, teaches at Aiglon, so we decided to set up a service project there. It was wonderful,” Mr Pigott explains. “We took lots of great students who did some teaching, helped build boarding houses and raised funds – things that the community leaders requested – before political changes in the region meant we could no longer get into the camp.”

When Claudia and Paul moved to Cambodia to work at the Angkor Hospital for Children (AHC), their relationship with Aiglon continued and the Cambodia service trip was born. Now CEO of AHC, Claudia spends one morning each service trip taking Aiglon students on a patient’s journey through the hospital.

“I want them to understand the socio-economic situation in Cambodia – to make it real. I explain how people in rural areas live on between $1 and $2 a day, so when kids get sick it has a huge impact on a family,” she says. “I’m very keen to give young people the opportunity to see a different side of life, to see what happens when you can’t take healthcare for granted, and I’ve always wanted to inspire youngsters into medicine and the kind of work I do.”

While at the hospital, students gain an insight into the challenges that, 20 years ago, prompted Japanese photographer Kenro Izu to found AHC. Today, AHC provides free, high-quality care to thousands of children across Cambodia each year. And with Cambodians making up 98 per cent of AHC’s staff, capacity-building is a key part of the hospital’s vision.

“I’m really proud of our team, delivering services like our cancer programme that aren’t available anywhere else in Cambodia,” says Claudia. “And we don’t just keep this stuff to ourselves. We want to take what we learn and introduce it to government hospitals. That way, we’ll reach many more sick kids in a sustainable way.”

One person who knows all about the challenges Cambodians face is Seiha San (Delaware, 2018), who was born and brought up in a village in Siem Reap Province. After attending the Jay Pritzker Academy, a private non-profit school nearby, a chance meeting during a cultural enrichment programme in Italy led him to Aiglon for his International Baccalaureate. “I come from a small family and we live in a very rural area with little in the way of schools, healthcare or opportunities,” he says. “So, when I got the chance, I wanted to jump in and explore the world.”

Currently studying Biology and Global Health in Middlebury College, Vermont, Seiha hopes to move on to medicine or a career in infectious-disease research so that he can one day return to Cambodia with the skills he needs to build a clinic in his community. In the meantime, he’s heavily involved with local service projects, and recently led a trip to Washington, DC, visiting food banks and talking to policymakers about food security and sustainability.

“Service is about putting others first. People lead busy lives and are often focused on themselves, so service is a time to reflect on that – on being less selfish,” he says. “I’ve been on lots of service trips and I’m always struck by the fact that many people have it worse than me. These trips put things into perspective, they make me rethink the way I live my life. That’s very important to me.”

OUT OF OUR BUBBLES

Zachary Goldberg (Delaware, 2017) and Annie Li (Exeter, 2019) are also convinced that Cambodia service trips changed their outlook on life. Zachary, now studying Economics at Tufts University in Massachusetts, credits Cambodia with reframing his attitudes to education. Teaching English to local school children at Beng Mealea was, he says, an eye-opener.

“There are big differences in culture and language, but what made teaching them easier was their willingness to learn. They never took any education for granted – not a single minute,” he says. “They were involved and engaged all the time. They understood the value of the classes, something that’s often lost on students from countries where education is a given. It made me rethink my own engagement in class.”

Currently studying Biochemistry at Boston University, Annie says her two service trips to Cambodia were personally challenging, and brought her out of the Aiglon bubble, sometimes brutally so. As a teenager with obsessive compulsive disorder (OCD), camp conditions were way beyond her comfort zone but helped her challenge her symptoms. “After the trip, I thought, ‘Why do I have to fixate on something so small and stupid’? It helped my OCD – I stopped caring so much about cleanliness and the small stuff and started appreciating the bigger picture more.”

At the end of the trip, a visit to the Tuol Sleng Genocide Museum in Phnom Penh served as a call to action. It taught her about horrific – but often neglected – events and revealed the scale of global inequality. “Bringing us out of our bubbles is important. Service trips can open our eyes and change something in us,” she concludes. “If we see how others live – and change the way we think – then maybe we can we can have a more positive impact on the world in future.” 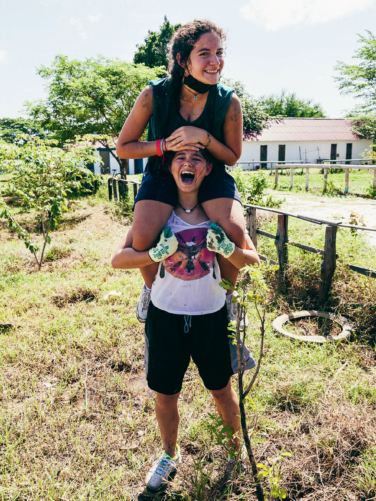 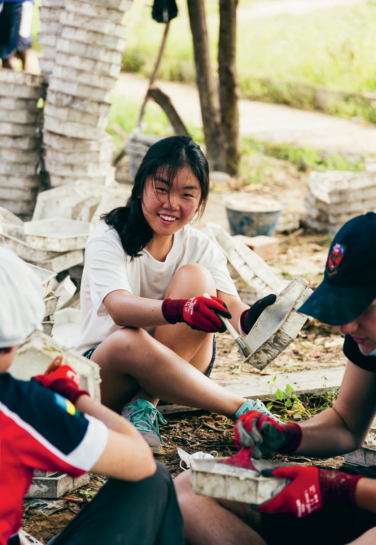 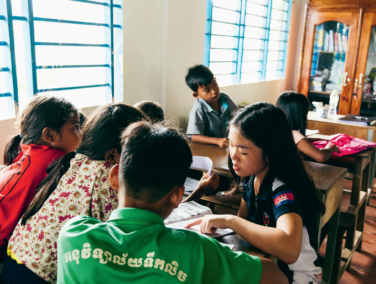 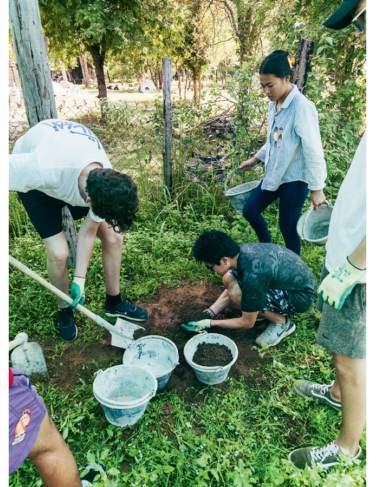