When the explorer George Mallory was asked why he was risking his life to climb Everest, he famously answered: “Because it’s there.” But for keen climber Cedar Baroutjian (Le Cerf, Year 10), it goes deeper than that. “I enjoy climbing because it’s such a challenge,” she says. “It’s not just physical – though it works every muscle in your body – it’s also mental. It forces you to think about where you are going to go next and how you are going to do it.”

Finding your way up the side of a mountain develops certain qualities, she says: how to react quickly and think on your feet – literally. “You need to be a certain character to climb: it takes nerves; you have to be strong; and you can’t be afraid to adapt and try something new. You can try to plan a climb, but you might have a different perspective when you get up there, and you might have to try different things.”

Teamwork is also vital when you’re holding your partner’s life in your hands. “When you are climbing on a rope, the person on the other end is making sure that if you fall, you don’t fall all the way to the floor. The rope they are holding catches you. So, you develop patience and you develop trust in other people, too.”

Cedar fell in love with climbing when she was on expedition in Junior School, so decided to join the climbing club. “It was difficult at first, but I found ways to get better,” she says.

Surrounded by some of the world’s most challenging mountains, she is well aware of the importance of practice before venturing on to the slopes – and has had plenty of opportunity to refine her technique inside before taking on the real thing.

“So far, I have mostly climbed inside on climbing walls,” she says. “They are very challenging, but it pushes me to try harder. On expeditions, I have done different types of climbing, such as climbing the local Via Ferrata in the autumn and ice climbing in the winter. Climbing the Via Ferrata was a great experience – and a big challenge! I haven’t done much ice climbing and I do find it tough, but it is something that I want to get better at.

“We’ve also been down to local bouldering sites on expeditions, where you get to practice your technique without a rope. The boulders aren’t high and there are big crash mats to keep you safe, so it’s great, simple fun.”

Safety is a key message that’s emphasized right from the very beginning. Helmets, harnesses, ropes, knots: no climber is let loose on a wall without a very thorough grounding. It’s a serious business, says Cedar. “Climbing is only dangerous when you aren’t doing the right thing – using the wrong equipment, tying knots the wrong way or goofing around.”

Cedar wants to carry on climbing, though she says she’s not quite ready for the Matterhorn yet. Right now, she’s focused on trying harder things and getting out of her comfort zone. “I want to learn new techniques, such as jumping from one hold to another hold, which is something that I’m working on. Also, I’m trying different styles of climbing, such as clipping in the rope as you go, rather than the rope already being there.”

And while she is eager to learn new skills, she also wants climbing to stay a hobby – a break from the norm, a space where nothing else matters but the next move. “I’d encourage anybody to do it,” she says. “Climbing is definitely something I want to develop – it’s going to be a great way to see the world.” 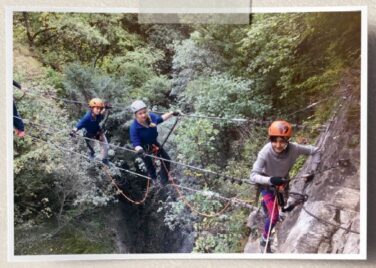 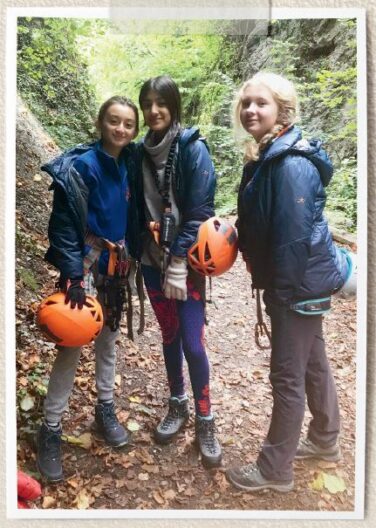