The 2021 version of 'Aiglon Rocks' may have been without an audience but it was not lacking in verve, passion or pure rock ability.

The bands played to each other whilst being filmed by William (Belvedere, Year 12) who was dashing around with a steadycam, as spectacular lighting and effects were provided by Christian (Alpina, Year 11).

We heard from bands across all the senior school year groups, including a group of Year 9 & 10 students who performed a Coldplay classic with real style while the older, more experienced students played some Blur, Van Halen and Sticky Fingers.

The students were joined by staff band Kings of Gryon to close out the show (playing some Kings of Leon of course) in super-cool style.

The lineup was as follows:

Congratulations to everyone involved and we hope you enjoy the performances. 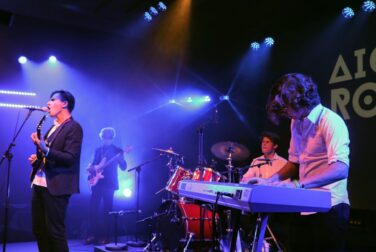