A look, a hug, a word of encouragement. Creating a home from home. Discipline and love in equal measure. Aiglon’s Houseparents are there to share in the good times, and put you back on the right path in the bad times. But what makes the relationship work? What makes a good Houseparent, and just how do they make this vital connection a success? We asked Aiglonians to tell us about what this special bond meant to them.

When I first left home to come to Aiglon I was 14 and the rebel type. I was arguing with my dad – who was in the military – a lot and I think my parents hoped Aiglon would help. My Houseparent, Nick Teal, was also ex-military, and at first it was a big clash. I did a lot of laps and tree planting – I planted most of the trees on the road up to the John Corlette Building! I was really messy, and I had to room with really tidy people. It didn’t help that my English was appalling.

But, slowly, Nick and Sophie turned me into someone more responsible. They were a good team – he was stricter, she was sweeter. Nick would point out that if I wasn’t doing laps, I could be out bowling with my friends. I am an only child, but at Aiglon I had brothers, and that helped me see things differently, too.

I got tidier, and then I could choose who to room with. My grades got better and I loved sports and High Ex. My name stopped being on the board with ‘Please come and see me’ written underneath. In my final year, I was co-House captain.

Nick and I became Houseparents when our twin girls, Chloe and Manuela, were three. We said to ourselves, now we have an XXL family – two girls and 50 boys! We really did treat the boys as if they were our own children.

For that, we knew a homely environment was really important, but Alpina was somewhat grey, not far from the sanatorium it had once been. We got the boys to help us paint it cream; they were resistant, but we got to know each other that way. We always had flowers in the entrance and photos of the boys on the wall – we wanted everyone to feel that the moment they pushed the door open, they were home.

We created unusual House expeditions that focused on teamwork, and planned activities that encouraged leadership skills. We held a Winter Ball where they had to bring a girl – we wanted them to learn social skills and dancing. It was sweet seeing the older boys helping the younger ones tie their bow ties. We cooked 250 curry meals together once a year for charity. Everyone always came home from expedition to a warm House and a piece of cake.

The best thing was seeing the growth in the boys. One parent said, ‘We gave you a rogue, and you’ve given us back a gentleman’. Even now, we love seeing our ‘adopted sons’ – we’re so proud of them.

I was really looking forward to going to Aiglon, so I wasn’t prepared for the homesickness. I’d come from Australia, so I couldn’t have been further from home, and my parents were in Rome. At first, I’d go to Roger, our Houseparent, every day and ask to speak to them. This was in the days before phones and laptops, so the Houseparents really were your connection to the outside world. I would be in floods of tears. Roger was very gentle and sympathetic, but also firm. He told me: ‘You’re going to have to get to grips with it.’ And soon, I did. I made friends, I was busy, I was skiing. The following year, I was House captain.

Roger was always supportive, making it possible for me to create the decorations for the end-of-term dances, for example. And he and Jennie really were surrogate parents. I remember going to Venice with my boyfriend and Roger looking me square in the eye and saying: ‘Don’t do anything you don’t want to.’ In true daughter style, I rolled my eyes! They were dealing with the fallouts and break-ups of 60 daughters. But it was a happy House. Forty years on, we’re still in touch – I saw their kids last year – and when I think of Roger, I see him standing by the front door, waving hello or goodbye, and smiling.

I had come from running a residential, outdoor centre in Scotland, but being Houseparents at Aiglon was totally different for my wife, Jennie, and me. We were looking after 63 girls, aged between 10 and 19, so that was quite a handful! And it was 24 hours a day, six days a week (we had Tuesdays off). If the phone rang in the night, you answered it. If someone was ill, you looked after them.

The girls looked after each other too, though. To some of the older ones, the younger ones were the sisters they’d never had, and the younger ones looked up to the older ones. I trusted the senior girls, and they trusted me. At the start of the year I’d set out how life was going to be: this was our House, we would live together, respect each other, not upset each other, and make the most of the opportunities we had at Aiglon. And, mostly, that worked.

The best thing was seeing nervous, homesick students like Karen become confident young women, then seeing them go off to university, out into the world. You don’t really know the influence you’ve had on that. Being a Houseparent is an act of faith.

My family had to leave Iran during the revolution, when my parents were also getting divorced. When I arrived at Aiglon a year or so later, aged 13, what I needed was consistency, and Duncan, our Houseparent, gave me that. He was an anchor for me. I’m an independent type, so I wasn’t going to him all the time, but I knew that I could.

I was quite naughty – I ran a lot of laps, I never once went to Villars at the weekend. I still run – it’s a kind of meditation for me now. In my senior year, Duncan and I bonded over rock music – between the two of us, we were a walking Rolling Stones almanac – and we both played guitar. He even wrote a song about me, in the country style he liked, about how I didn’t listen! Years later, when I worked in the music business, I got him a drumskin signed by all the Rolling Stones.

Duncan’s an adventurer. He would write us 30-page letters about that summer’s travels in Africa or wherever he was. I think we were both independent spirits. But he didn’t suffer fools lightly – with 50 boys he had his work cut out – and you knew not to push your luck with him. But he was accepting and nurturing. He helped me be myself. I love and respect him like a father.

I had been a student at Aiglon and then a science teacher, so I knew the school. Aiglon is special, from the focus on the outdoors, and the international student body, to the close relationship between staff and students.

Back then, the Delaware boys were known for being loud and macho, and you did have to get used to the crashing and banging. I pushed them to do better academically – we even won the academic prize at least once. I believe I built up pride in our House.

As a staff member, I was young, my tail was wagging, and I got involved in everything – teaching, sports, High Ex. But my deepest relationships were the ones I had in my House. Those formed at the dinner table, solving the world’s problems and complaining, passing on the tribal wisdom and hearing the word on the street.

Still, because I was young, there was a learning curve, I went in thinking I would be respected and feared; that no-one would break my trust. Well, I had that knocked out of my head pretty quickly. You have to establish respect. If you say you’ll do something, you have to do it. And it takes two years before it’s truly your house. But, once you’re settled, you couldn’t get a more rewarding job. 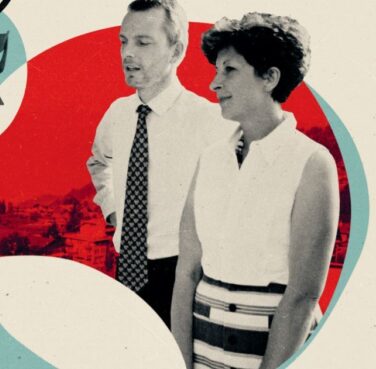 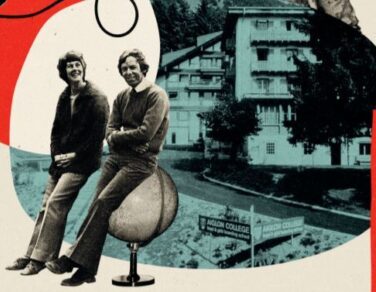 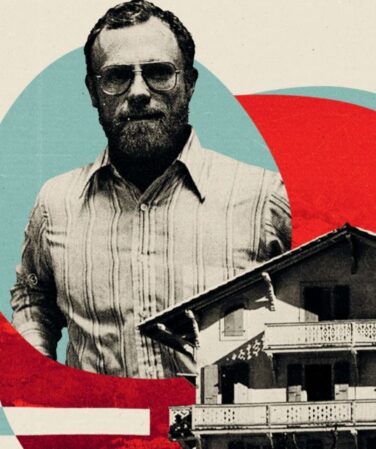