Earlier in November, an Aiglon delegation participated in the Model United Nations conference hosted by Le Rosey. Below is Mrs Abbott's report on the successful event!

Please do give a big pat on the back to our MUN delegation - they were evidently well prepared for the conference, all giving well informed and relevant speeches, contributing confidently and regularly to debates, with excellent background knowledge of the topics and the countries they were representing.

Jude was chairperson of the Economic and Social Committee, and it was notable that he managed the room very well, insisting on correct procedures but correcting gently when necessary and encouraging delegates to involve themselves fully. Luis was also in this committee, representing the United Kingdom on debates about how to get the world economy back on track post- Covid - notably Luis was very positive in arguing for greener energy and using covid as a re-set button to tackle the climate change crisis.

We had 6 novices in the World Health Organisation Committee debating international agreements on abortion laws and the prevention of unwanted pregnancies. Not an easy topic but one tackled well and sensitively by Pedro and Ian (United Arab Emirates), Ali and Olga representing Argentina and Mistuki and Harry representing Romania.

In the Human Rights Committee, our delegates were instrumental in the writing of a successful resolution on ensuring the rights of indigenous peoples. Wilfie and Dina representing Japan and Zac and Rakan representing Germany all had success in collaborating with other delegates to contribute significant sections of the resolution during caucuses and all spoke eloquently in support of their resolution and were evidently well informed and prepared.

Please don't underestimate the preparation work that these students put into these events and also the scale of the challenge for many of them - it is a significant achievement. We can't wait to host our own conference soon! 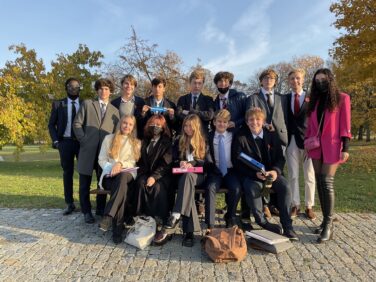 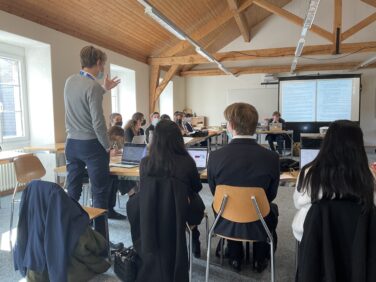 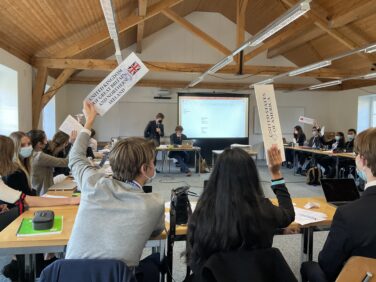