You don't want to play a tennis match with Felix (Alpina, Year 13) . . . No, you really don't: he will wear you down physically and mentally with his brand of super-solid, impregnable tennis.

In today's SGIS competition at Leysin Felix calmly dismantled the firepower of some huge hitters from LAS and St George's. Mika, his rival from St George's, resorted to some bizarre tactics in the final, switching from his usual power game to playing moonball after moonball in his desperation to disrupt Felix's flow; suffice it to say, he chose the wrong person to mess with and Felix avenged a loss two years ago with a very sweet 8-5 victory today. He is the SGIS boys tennis champion.

Congratulations to Julio (Belvedere, Year 12) who played smart tennis to take third place today; Malcolm was ultimately outgunned by St George's Mika; and well done to Niccolo (Alpina, Year 13) who having suffered at the hands of a hacker in the first round, went on to win the consolation trophy.

Well done and congratulations to all the competitors in this year's competition! 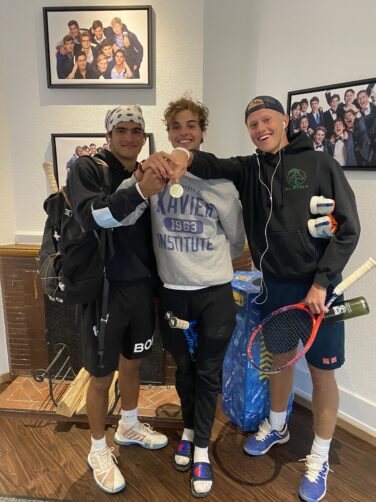 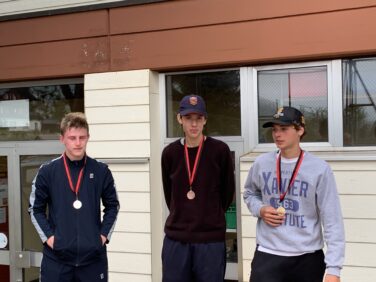