The Student Achievement Awards are open to all Council of British International Schools (COBIS) around the world. Such an award recognises outstanding individual achievements or contributions to an aspect of school or community life, which could include any of the following:

At Aiglon, staff had the opportunity to nominate students from across the school who they felt deserved recognition for their efforts in any of the above areas. Following staff input, 20 students from across all school year groups were nominated. A small staff focus group was formed to make the challenging decision to select just 3 nominations to be put forward to COBIS.

This is the first time that students from Aiglon have been nominated, and after verification from COBIS, all 3 students put forward were awarded prizes. Congratulations to these three students for their well deserved recognition. Read more about their nominations and awarded prizes below.

Reason / Citation for Nomination Cherry is one of the strongest academic students to ever come through Aiglon. With perfect scores, she easily balances the most demanding IB programme in the school- following five higher level courses even though she can only sit for 4 HL exams. She also recently represented Switzerland in a Physics Competition. She does this while also holding the coveted position as School Guardian and being a positive member of science/math clubs and competitions. As an Academic Peer Mentor, she is approachable and is happy to help others who might be struggling with academic issues.

Reason / Citation for Nomination Jude has been dedicated to the Academic Peer Mentorship programme since Year 10. He was first a mentee, and then rose to the ranks of mentor. This year, he is the only Year 12 student on the APM leadership team. He is serious in his approach, thoughtful when considering the needs of the wider Aiglon community as we plan for how to make the programme for effective, and he single-handedly is responsible for the management of the Junior School academic mentoring programme and organisation of his peers to fulfil their duties during prep time.

Reason / Citation for Nomination Alex (Year 12) has been exceptional in his leadership across all aspects of life here at Aiglon. His commitment to drive forward and make a difference can be seen in his leadership role in the MUN, where he recently was the Secretary General when we hosted a Model United Nations conference, but also in his fantastic commitment to Aiglon's student ambassador programme. He takes initiative, leads by example, is flexible, and steps in at the last minute. It’s important to remember that his commitment to the Aiglon community takes place whilst he himself is very busy, often training with the Scottish ski team, or representing Aiglon in national and international ski championships.

We are immensely proud of our whole student body and are delighted to see these three recognised for their achievements. 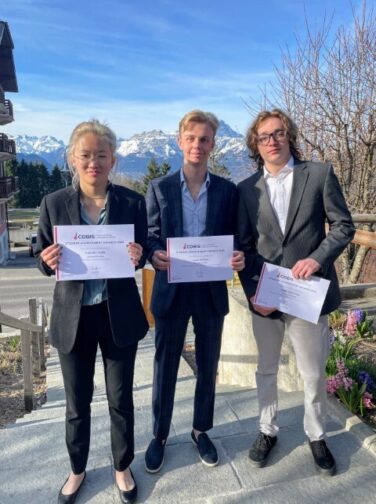