The common thread of the day was Innovation: expressed through out-of-the-box thinking in the career routes taken by our speakers in humanitarian aid and e-commerce, and by our debating students when tackling diverse current critical issues ranging from environmental fuel concerns to youth mental health.

The MUN tradition was born in 1921 at Oxford University and initially took the form of student-led model League of Nations simulations. Later, the United Nations was established after the Second World War, and it was at around this time that the first MUN took place in the US. The concept facilitates learning about diplomacy and international relations, while cultivating communication skills and granting teamwork and leadership experience.

Opening speaker Carolyn Ennis, former Deputy Representative at UNHCR (the UN Refugee Agency) and Aiglon alumna (Exeter, 1974), who has lived in the Middle East and in Africa, and has a background in journalism and humanitarian aid, greeted the room in French, German, English, and Arabic.

She discussed the role innovation played in her work, connected to forced displacement that could happen to anyone. For the UNHCR it is vital to engage directly with refugees, to understand their situation, help them help themselves, and to harness new technologies, to better respond and reach the most affected, usually women and children, through international cooperation. Carolyn is awed by the courage shown by refugees despite their tremendous needs, and admits much much more needs to be done to ease their plight.

Given the unique context that we now live in - notably the climate crisis, the Covid pandemic, and wars in Ukraine and further afield - we have many concerns that are ripe for negotiation and hopefully eventually action. We witnessed some outstanding student committee debates, which touched on these topics.

While the Environment Committee chaired by Harry (Year 13, Belvedere) carefully questioned the role of nuclear fuel and sought solutions to the energy price crisis.

China's position as a contemporary colonial power was the focus for the Economic and Social Committee chaired by Mitsuki (Year 13, Exeter).

Finally, the fiercest debate covered whether NATO should be disbanded and involved the experienced Security Council, which was effectively chaired by Wilfred (Year 13, Delaware) and Zac (Year 13, Alpina).

For the closing speech, we were also lucky to hear from another valued speaker. Nick Ogden - current Aiglon parent and avantgarde entrepreneur in ecommerce, banking, and Fintech - created the world’s first online shop, the Wine Warehouse, in 1994, and in 2019 he was chosen as one of the World’s Top 50 Innovators. During his presentation Nick encouraged the students to get creative, showing them an image of a car park and asking them to draw a picture of a car. Afterwards he asked students to share their drawings with those around them. The result demonstrated that while we can all imagine a car in our minds, what each person actually sees can be very different, and that therefore clear communication is so essential when working in teams.

Finally, for all, this was a mind-expanding event, and we look forward to continuing this journey via future editions. The next major conference will take place in the Hague and we will seek to travel there by train rather than plane, thus supporting the UN’s Sustainable Development Goals. Indeed, we are very grateful that our students rarely have to travel great distances for our MUN programme to run successfully, and this is in part due to our wonderful local community. 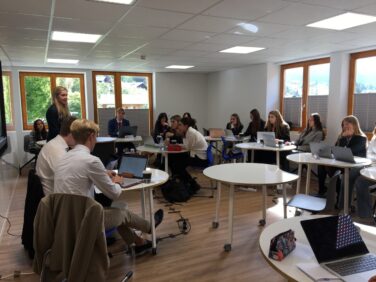 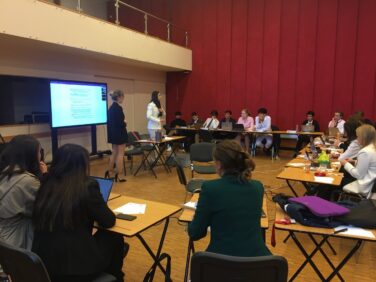 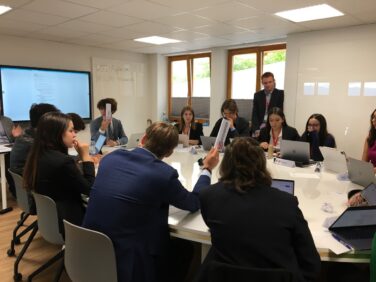 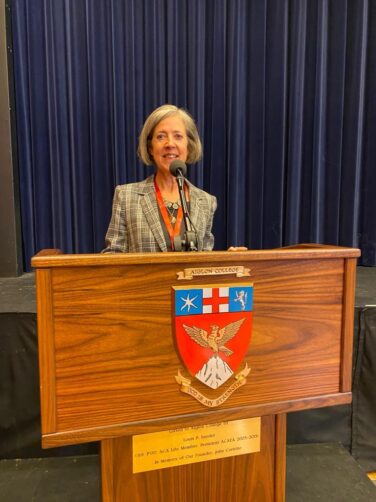 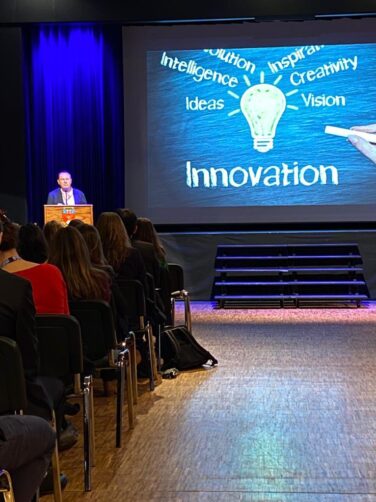