On Saturday our squad of 5 girls - Amanda T, Penny Z, Fiona J, Kuala K and Donna M and 5 boys - Ryuto, Joe W, Tony S, Hiroshi and Spike competed all day at the SGIS A Badminton tournament at ISL, featuring 10 schools, including the big day schools from Geneva and Zurich. All of our students were outstanding ambassadors for Aiglon, not just in their play but in terms of their attitude and the results backed that up.

In the girls' tournament, there were 36 students entered and as a team (the best 4 players) we finished a close 4th. Individually Amanda, in her last competitive outing for Aiglon was really impressive throughout and came 4th and Donna, although losing in the last 8 to the eventual victor, showed what a great future she had. Penny, also in her final competitive fixture for Aiglon, lost in the first knockout stage but did herself proud. Kuala and Fiona must also be commended for their effort and got deserved wins at the end of the day in what was a really strong field.

In the boys' tournament of 42 students, we won the prestigious team event, a brilliant achievement for a group that has put a lot of hard work into their practice and we were the only school who had all 5 of our students reach the final knockout stage, consisting of the best 12 students in the country. Hiroshi and Spike lost in the first knockout round and Spike, in particular, should be praised as he played students 3/4 years older than him and although coming up short losing 21-12 to the eventual tournament winner, he also took the most points from that opponent in any match he played throughout the whole competition.

Tony showed continued excellence throughout the competition and even though he was struggling with a sore toe at the end, he battled through to get to the final although losing to the national player, he never gave up and fully deserved his medal for second place.

The students enjoyed and very much learnt a lot from the experience and all said how the day made them more determined to strive for improvement. What is really exciting for many of them is that they still have a year or two more at the school to develop further. 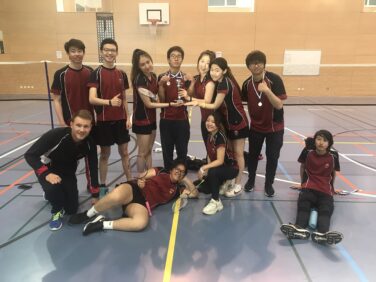 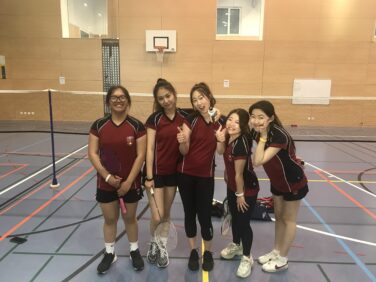 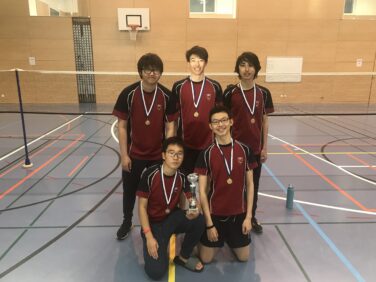